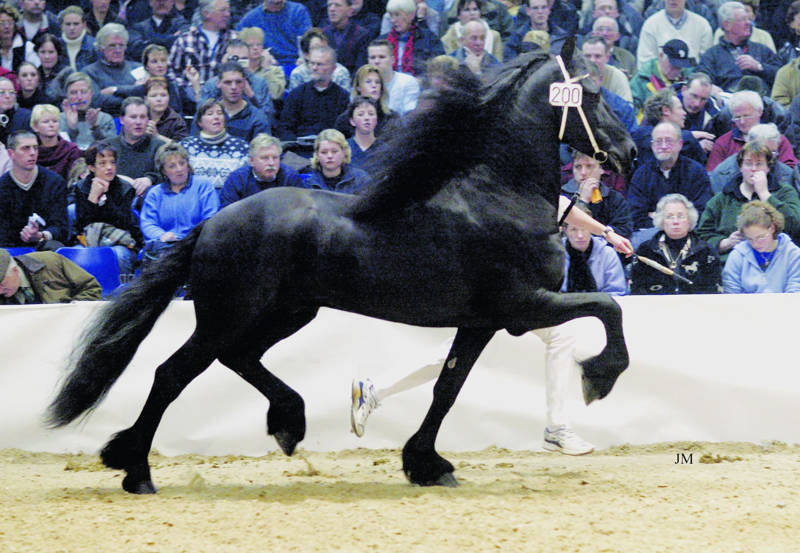 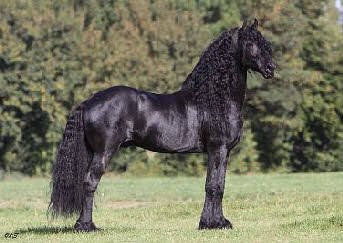 Rindert is the action-champion of all stallions of 2002. This very luxury and breedtypical stallion with much hair on head and feet was in 2001 champion M1-dressage, in 2003 champion M2 and in 2004 champion Z1. He's now ZZ-light dressage.

Rindert comes out of a line from champions. On motherside three times star pref. and all three stallion-mothers. His first foals were very good: 62 % first or second premium.The star percentage of his offspring is almost 60%, that is very high.

In 2012 three daughters received the provisional or the final Crown predicate at the Central Mare selection.

On the Stallions how Rindert predicate severall times with a first premium.
Rindert is approved on offspring, his descendants are the offspring study made with impressive results.One son of Rindert were approved for stud service: Wylster 463! 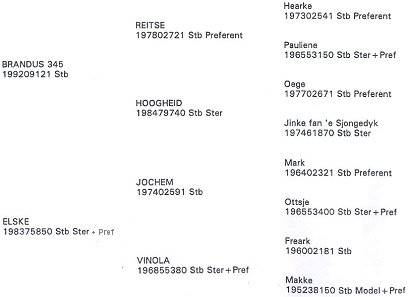