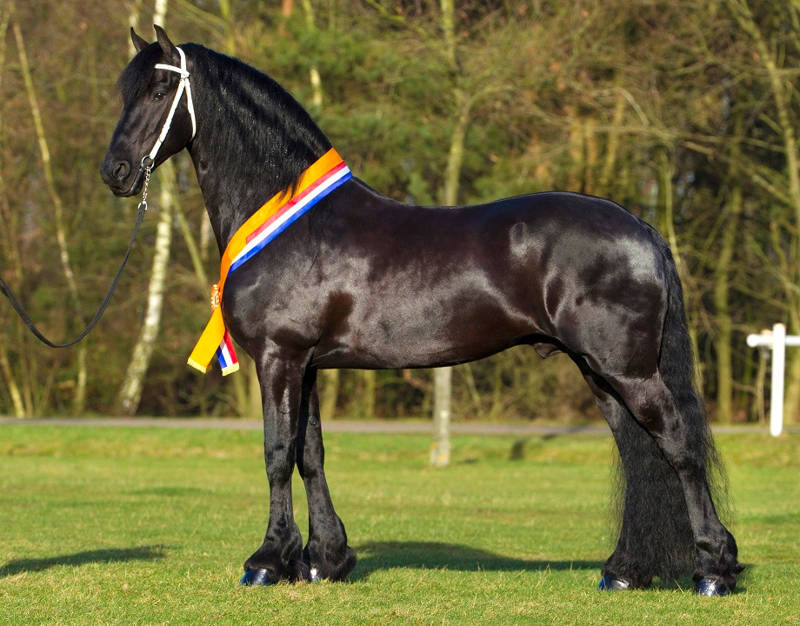 Norbert is a luxury stallion with many breed type. He has an expressive head and a long shapely neck. Norbert is a young, build up stallion of good rectangular model.

Norbert has a very strong, predicate rich pedigree: Tsjerk 328 pref. x Hearke 254 pref. Mare of Norbert, Amalia-Annie (Model+Pref) was in 1996 champion of the central selection, and in 1997 Reserve Champion of the Central Selection. Amalia-Annie has walked an IBOP of 88A.
Norbert approved in 2008, he has completed the performance test with good results. Norbert participated in 2008 in the Post Kogeko KFPS Dressage Championships Kootwijk, he has become champion Nederlands in the level L1! In 2010 is Norbert successfully released in the harness sports, He was convincing winner of the competition Region South, he has all the league matches and the final closed by winning.
Norbert released successfully in dressage in 2011, he is Z-dressage with victory points, what has yielded him the sport predicate.

The foals Norbert perform well on inspections, for many years he rated a very high percentage of 1st and 2nd premium foals. In In 2011 there have not less than 29 foals achieved a first premium. On nearly every breedingday there ran a foal by Norbert in the foal Championship, as a result, multiple foal champions!

The star percentage of his offspring is 69%, that is a very high score!

During the first inspection round in Ermelo Norbert presented his second crop young stallions. They made impression with both the exterior and in the movement. In Leeuwarden there where six super moving sons of Norbert admitted for the central research.

Norbert is approved on offspring, his descendants are the offspring study made with impressive results.Two sons of Norbert were approved for stud service: Hessel 480 and Hette 481.

Norbert himself made this year, and also last two years, very much impression during the HK in Leeuwarden, on grandiose way he became for the 3th time General Champion! Again and again he let see his cast-iron trot that in combination with its magnificent and elegant appearance.

Frozen semen available for export around the world. 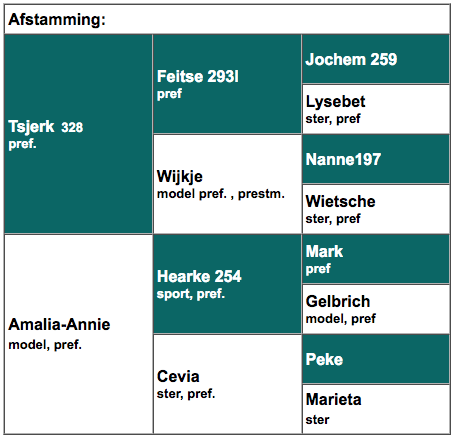