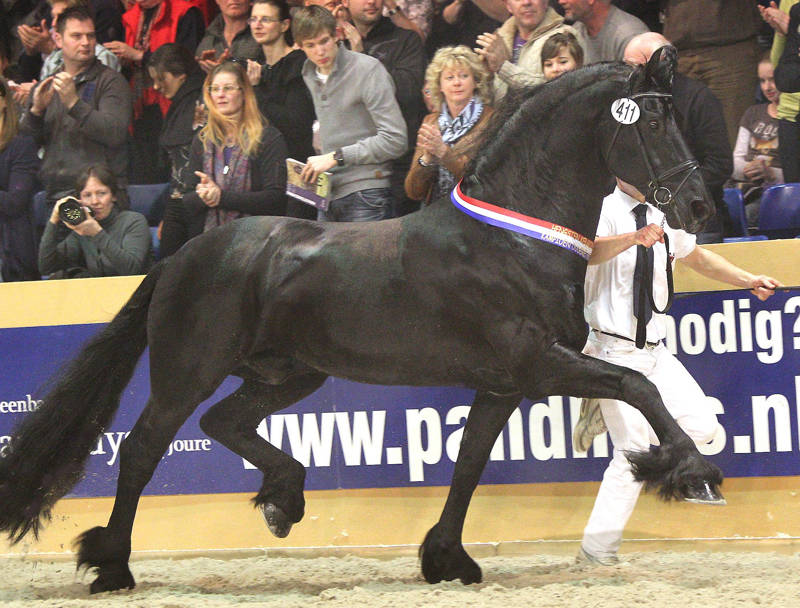 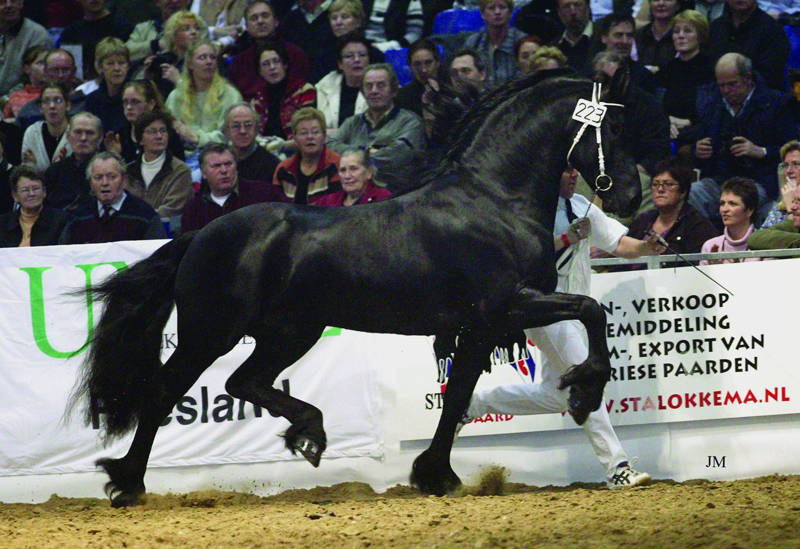 Beart is a luxurious modern stallion with a lot size and breed type. Beart is descended from a very strong mare line. His mother, Setske F star pref. has 12 children with star: she is three-dubbel preference, the first mare ever! She is the mother line of the seventh mare preference in a row! Mother of Setske F is the preference model mare Kingke, grandmother Namke is also model preference, five of her daughters are preferred on descendants. Stud 50, the real breeder knows that a stallion fellow respectability by his mother and mother-line.

Beart is finally approved on his offspring. In the ABFP test its progency scored largely above the average with several leaders with high scores. The progency of Beart perform well on the testing fields, star percentage is 61%, this is wide above the average. His descendants, steps over and have a worn trot with a very strong hind use.
Last season was during the breeder's day in Ambt Delden, Meike van ’t Smitjesland General Day champion. In Denmark Bella af Abildgaard obtained a first premium and the General Day championchip. Beart was one of the top leaders on the Central Inspection 2011. During this inspection obtained a large number of daughters of Beart the provisional or the final Crown predicate. Beart is already father of no less than 20 Crown mares. In 2011 the first three daughters of Beart model explained, these come all three from his first vintage. In 2013 Beart has allready eleven Modelmares!
Beart has already six approved sons, Maeije 440, Pier 448, Uwe 458, Tjalbert 460, Bikkel 470 and Epke 474.

Offspring of Beart perform well in the sport, several have already obtained the sport predicate. Also during the IBOP tests his children do well, a large number of children obtained a score above 80 points.

This year and also in 2012, Béart itself performed fantastic during the HK, he became champion of the older stallions! Beart was praised for his Royal prevented, his mighty typicalness and his powerful movements. The judge named him the Majesty and The King of the aproved stallions!

Beart makes its mark on both sports as breeding 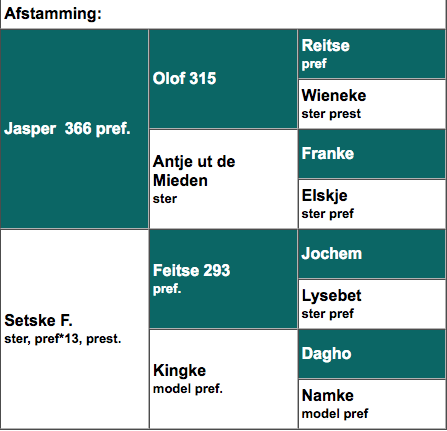