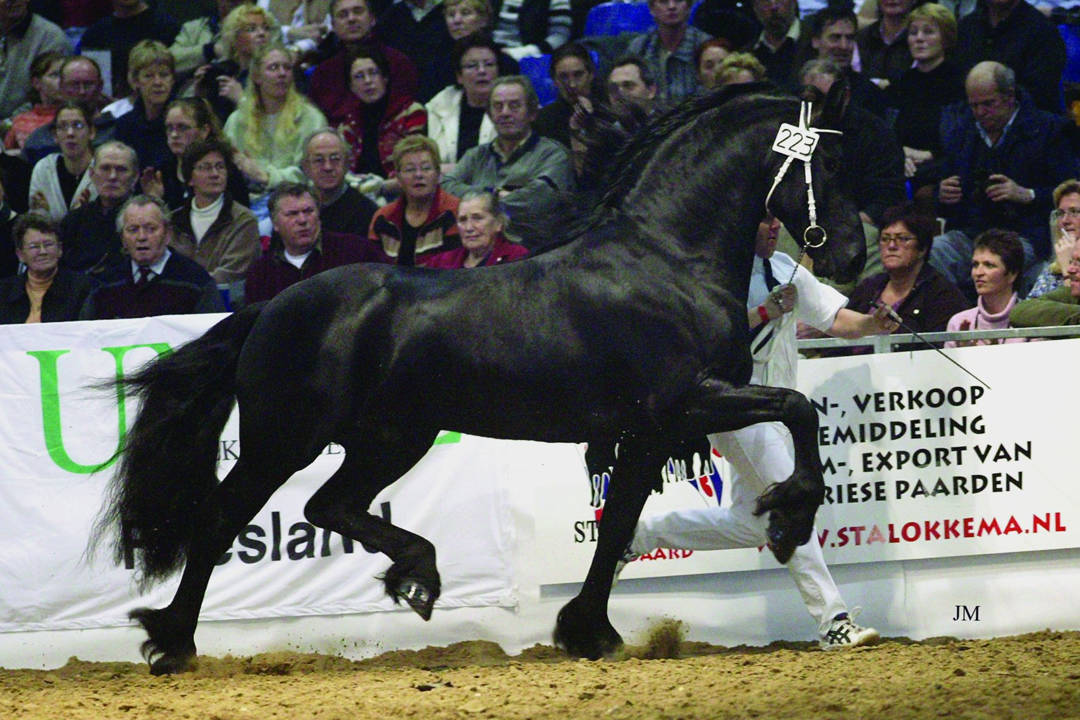 Beart 411 Sport youngest Preferent stallion ever and Horse of the Year 2014!

The 13-year-old and older stallions no longer play a 'nice-to-have-there-role' in recent years. Now that they have been part of the championship again since 2012, there is also something at stake for these stallions. In this section we presented our 'king horse' Beart 411SP. Great to hear that when Beart 411SP enters the arena, crowds of fans in the stands are already cheering and this only increases when he trots through the track! Beart continues to impress with his fantastic model and his very strong movement. He showed himself very well again and was allowed to participate again in the championship inspection!

Last year, the 15-year-old Beart 411 was declared Preferent, making it the youngest Preferent stallion ever to be declared within the KFPS studbook. Because the rules regarding the preference declaration were changed in 2014, Beart was not yet eligible for Preference. However, he already had the points that had to be achieved before at the age of 14!

Around noon a special moment took place for us. Beart 411SP was honored for his Declaration of Preference. During the ceremony a number of beautiful descendants of Beart walked along and were presented under saddle. Beautiful to see, Beart looking proudly in the arena surrounded by three of his many top performing offspring in the sport.

After the ceremony, Beart left the track. However, this not for long. It was time for the announcement of 'Horse of the Year 2014'. And Beart 411SP it has become! Both the jury unanimously chose Beart, and most of the public votes went to him. We are very proud and happy with this honorary prize that was awarded by Deputy Tineke Schokker. Another special moment on this beautiful day!

We would like to thank the breeders who have chosen Beart 411SP (several times) as a partner for their mare(s) and the voters who voted for Beart for their confidence in Beart 411SP!